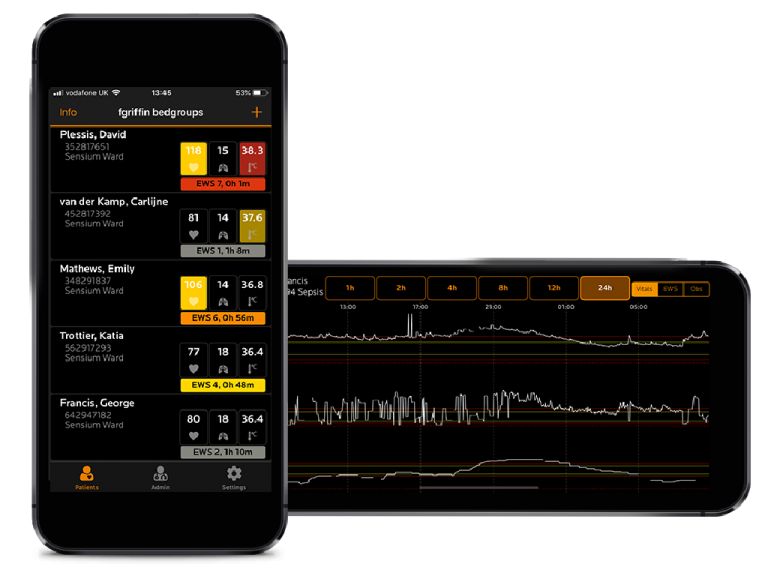 The earlier sepsis is identified, the more rapidly it can be treated and negative impacts prevented. The key to identifying sepsis as early
as possible is close observation of the patient. Part of the solution to early identification is the use of continuous monitoring technology such as that
developed by Sensium.

Continuous monitoring technology has been developed to measure vital signs which are key indicators of patient deterioration. Discrete, wearable technology means that patients can be monitored on the general ward and are not restricted by bulky equipment.

Research1 has shown that use of continuous monitoring technology can lead to the administration of antibiotics on average six hour faster, after evidence of sepsis.

Clinicians at the Royal College of Physicians developed the National Early Warning Score2 (NEWS) as a system to standardise the assessment and response to acute illness, including those with sepsis. The NEWS is based on a simple aggregate scoring system in which a score is allocated to six physiological parameters. Score magnitude reflects how extremely the parameter varies from the norm. NEWS2 is the latest addition of the National Early Warning Score.

The National Early Warning Score (NEWS) has been shown to identify patients at risk of deterioration. In the context of infection, a NEWS >5 should always prompt a screen for sepsis, including an immediate check for any Red Flags (UK sepsis Trust). 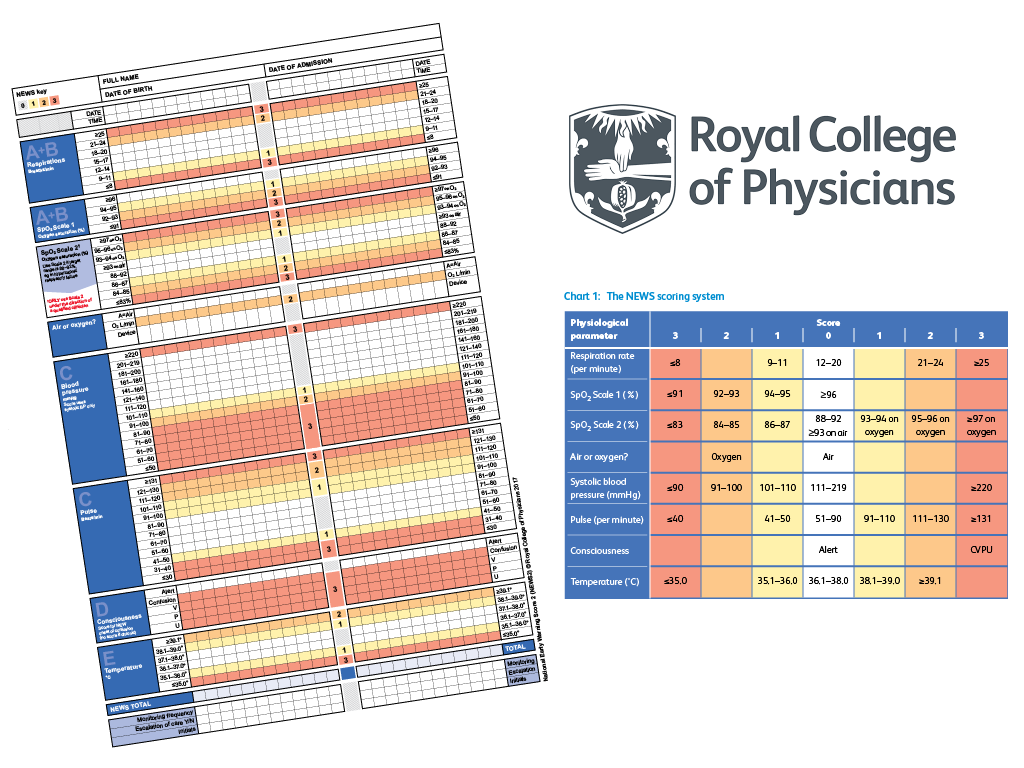 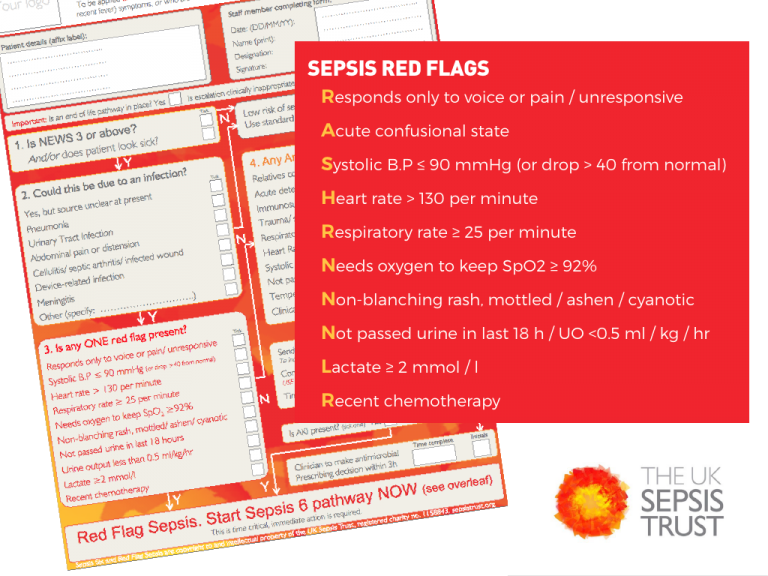 The UK Sepsis Trust developed Red flag sepsis with support from the National institute for Health and Care Excellence (NICE). Red flag sepsis identifies 10 clinical parameters, the presence of one, combined with an infection indicating a high risk of sepsis. The goal of Red flag sepsis is to provide an empowering treatment prompt for sepsis when a senior clinical decision maker is unable to attend the patient.

If a junior health professional is concerned about a hospitalised patient who has grossly deviant physiology, then they can use red flag Sepsis as a treatment prompt to initiate the sepsis 6.

The Sepsis Six was developed by founders of the UK Sepsis Trust in 2005, designed to reduce mortality in patients with sepsis. The Sepsis 6 comprises of six medical processes, which if completed within one hour have been shown to improve mortality.3

The UK Sepsis Trust have developed a number of tools for different patients groups to support the use of Red flag sepsis and the Sepsis 6, you can access these materials here. 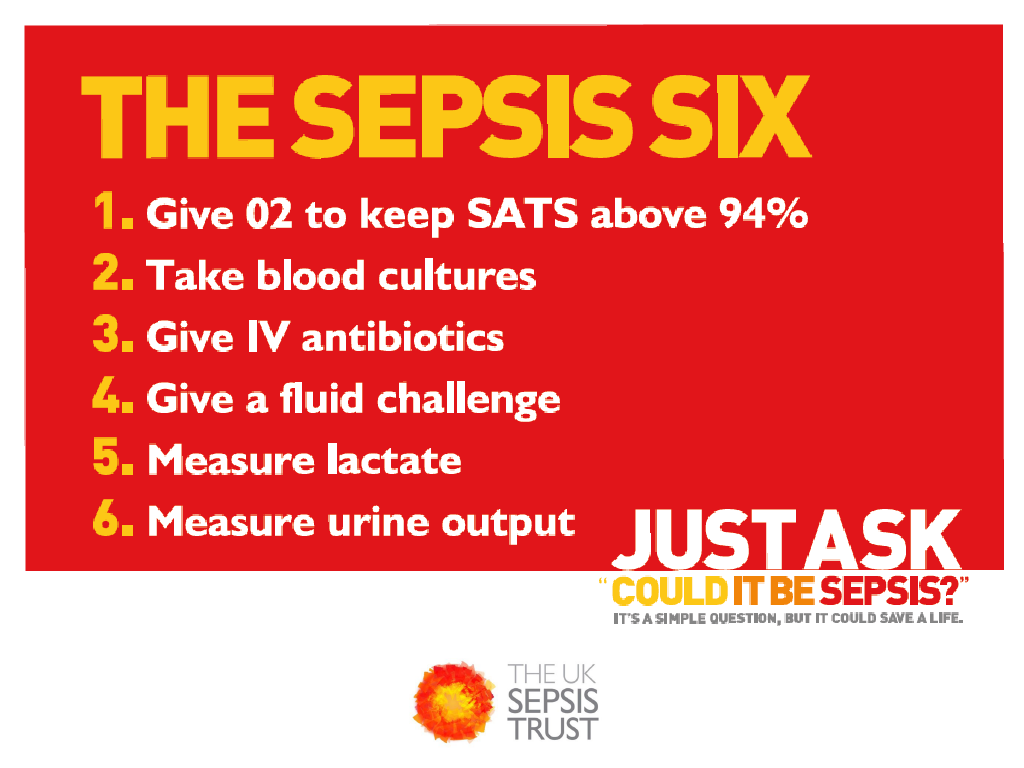